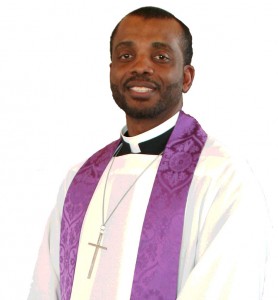 Pastor David Watts was born in the Country of Barbados, West Indies and as a child, he longed to become a preacher. When he became an adult, he moved to Brooklyn, New York. He is a former member of Tabernacle of Prayer for all People, Inc., located in Jamaica Queens, New York, under the leadership of the late Apostle Johnnie Washington, where he is a graduate of the Tabernacle of Prayer Bible Institute. While in Brooklyn, God gave him a vision that led him and his family to Rocky Mount, North Carolina. It is there in 1993, Pastor Watts founded Salvation & Praise Tabernacle Church, in the den of his home and a year later moving to 1207 Clark Street.

With his dream close to his heart and his faith in God, in 2004, Salvation & Praise Tabernacle, purchased a new and larger church and educational building, located at 119 West Ridge Street.

While laboring in the city of Rocky Mount for the past fifteen years, Pastor Watts continues to have a unique and special anointed ministry that has taken him in many areas preaching and teaching the Word of God. Pastor Watts is married to Lady Sarah Watts, and they are the parents of four children: Daniel, Danielle, Paige, and David,Jr.

It is Pastor Watts’ sincere desire that with the word of God, he can continue to preach God’s word to the lost, encourage the saved, bring hope and prosperity to the body of Christ, and build strong bridges in the community of his city.